“Some people look at it as handouts, but when you just want to feed your child and just have the lights on when you walk in the house — you just want to have some security that what you’re working toward is coming into fruition… it helps,” said Durham mother Edwina Barbee.

Barbee is thankful for the American Rescue Plan check scheduled to hit her bank account this week. Especially after being laid off for 8 months until getting a new job as a bank teller just before the pandemic hit.

She and her 4-year-old are relying mostly on her sole income to get by.

“It’s hard because it’s like you have to play the role of mother and father. If it wasn’t for my parents, it would have been harder without my support system,” said Barbee.

36 million families nationwide qualify for the credit, which is part of the American Rescue Plan Act passed in March.

Child tax credit calculator: How much could you receive?

Chapel Hill couple Anna and Brian Carper know exactly how they will spend those federal child tax credits the two have three children under the age of seven.

“They eat a lot and they need clothes, books. Even if you’re keeping things basic they are really expensive,” said Anna Carper.

While dad is working and studying at Duke, mom is homeschooling.

Last week, they told ABC11 the extra money will also go towards keeping the kids active this summer.

Barbee is using the extra cash to pay bills, feed and clothe her son.

Three hundred dollars each month, for the next six months, starting this Thursday. 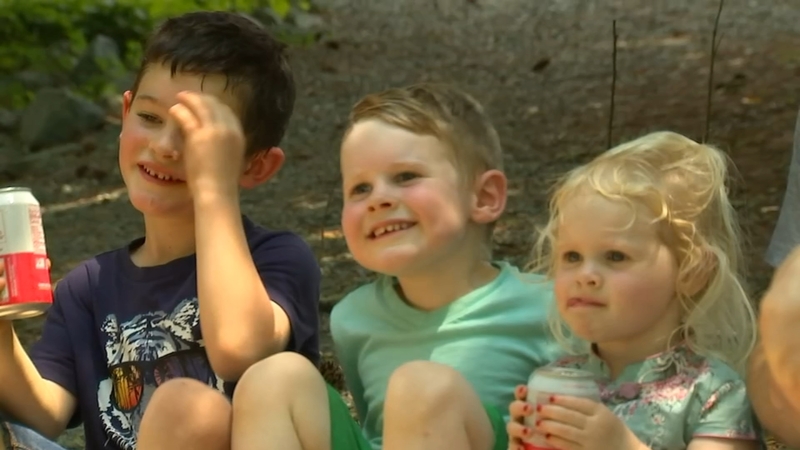