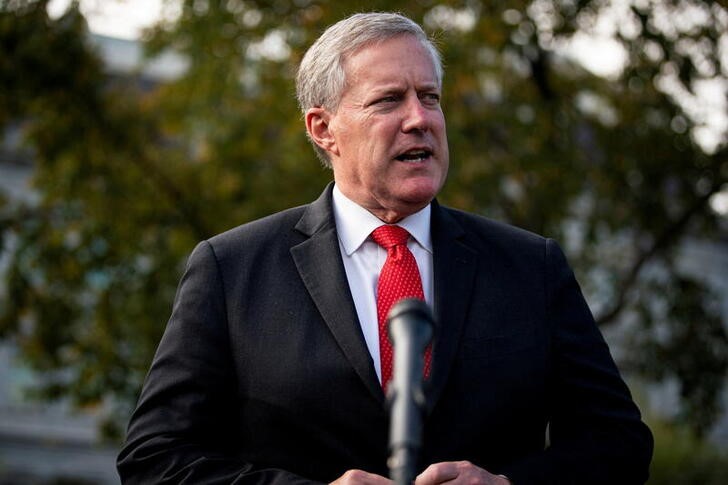 WASHINGTON, April 22 (Reuters) – Donald Trump’s former chief of staff Mark Meadows, who echoed the Republican former president’s false claims of widespread fraud in the 2020 election, was registered to vote in three states at the same time, the Washington Post reported on Friday.

Meadows was simultaneously registered to vote in North Carolina, Virginia and South Carolina for three overlapping weeks — up until last week — and is still registered in the latter two, according to state records the Post said it had obtained.

Meadow’s voting record first drew scrutiny following media reports that he had registered to vote with an address in North Carolina that he did not reside in, own or visit, prompting North Carolina officials to investigate.

The former White House chief of staff, who served as a U.S. representative from North Carolina until he joined Trump’s administration in 2020, was removed from the state’s voter rolls, officials said this month. read more

Trump’s claims of voter fraud, which have been rejected by numerous state officials, court rulings, Republican-sanctioned recounts and his own Justice Department, fueled his supporters’ deadly Jan. 6, 2021, attack on the U.S. Capitol.

Meadows is a key figure in Congress’ investigation into the attack, but has defied lawmakers’ subpoena to testify. The House of Representatives in December approved a criminal referral of the matter to the Department of Justice, which has not said whether it will take any action.

The Post noted that Meadows was the keynote speaker at a Conservative Partner Institute Election Integrity Summit in Atlanta on Feb. 19. “What you’re doing is investing in the future of our country and making sure only legal votes count,” Meadows was quoted as saying.