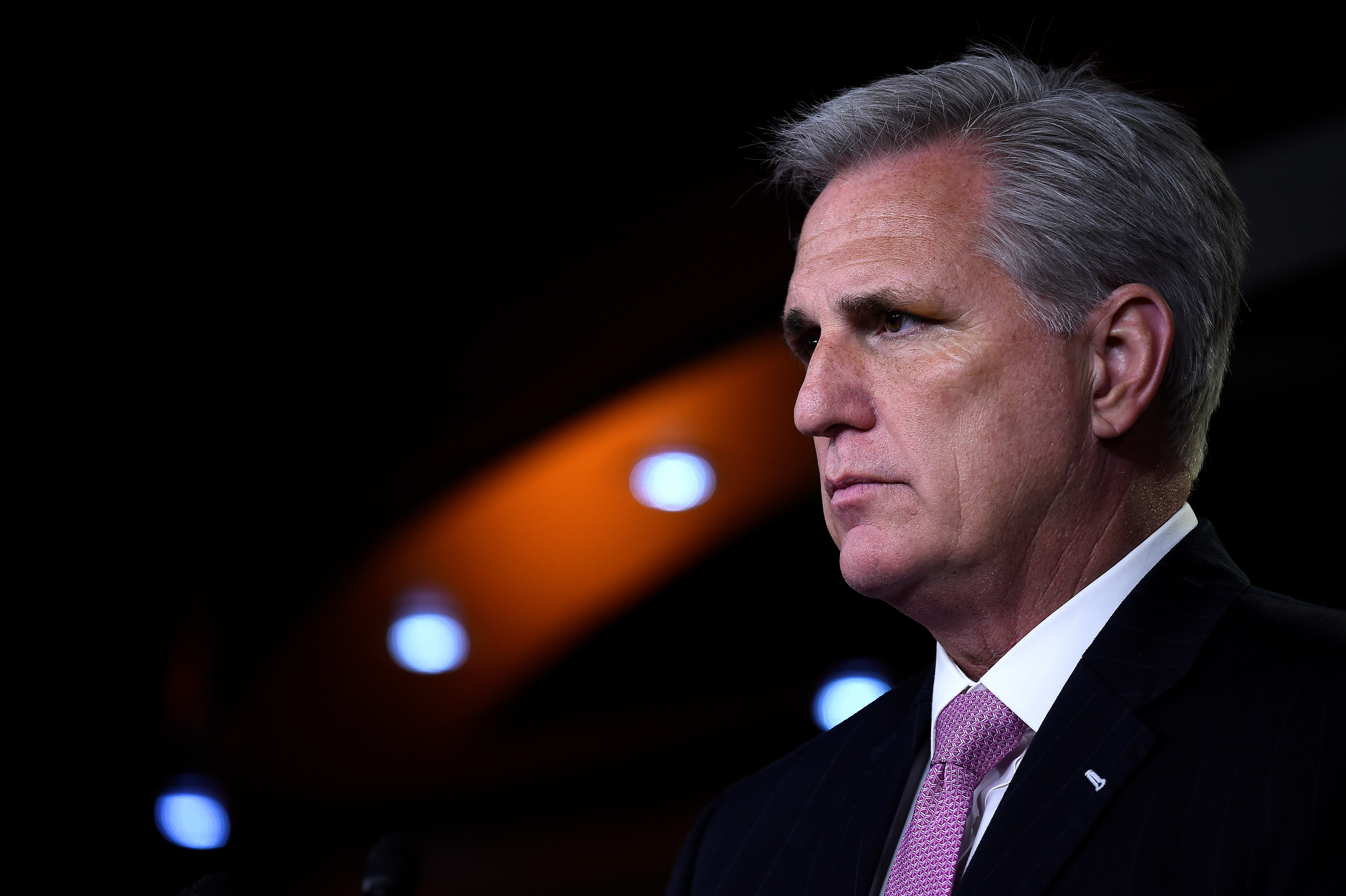 WASHINGTON, April 22 (Reuters) – Congressman Kevin McCarthy, the top Republican in the U.S. House of Representatives, came under fire from some of his fellow party members, after an audio recording showed him saying that then-President Donald Trump should resign over the Jan. 6, 2021, U.S. Capitol riot.

The comments, which McCarthy had denied hours before the recording emerged, could undermine his widely known ambition to become House speaker next year if Republicans take control of the chamber in November’s midterm elections, as expected.

But as criticism of the House minority leader mounted on Twitter, the Washington Post reported that he and Trump had spoken by phone and that the Republican former president was not upset about McCarthy’s remarks. That could significantly mute the rank-and-file reaction among Trump supporters.

The audio – recorded days after Trump supporters stormed the Capitol, delaying certification of Democrat Joe Biden’s 2020 presidential election victory – depicts a conversation between McCarthy and Representative Liz Cheney, who was ousted from party leadership weeks later over her opposition to Trump.

McCarthy told Cheney he planned to call Trump to discuss a mechanism for invoking the 25th Amendment, under which then-Vice President Mike Pence and Cabinet members could have removed the president from office.

“The only discussion I would have with him is that I think this will pass, and it would be my recommendation you should resign,” McCarthy says in the recording, released on cable news channel MSNBC late on Thursday.

In another audio tape, McCarthy told Republican lawmakers that Trump had admitted bearing some responsibility for the Jan. 6 attack, according to CNN.

McCarthy’s office did not respond to requests for comment on Friday. A Trump spokesman also was not immediately available.

Biden referenced the audio in remarks on Friday, saying the Republicans were “a MAGA party now,” referring to Trump’s “Make America Great Again” slogan. Republicans who oppose Trump privately are scared to do so publicly, he said. read more

The first reference to McCarthy’s comments appeared on Thursday in a New York Times article published as part of a forthcoming book by two Times reporters.

McCarthy initially denied the Times account in a statement that called the reporting “totally false and wrong.”

U.S. Representative Adam Kinzinger, one of the few Republican politicians openly critical of Trump, blasted McCarthy on Twitter on Thursday night over his denial.

“Question for Kevin McCarthy … how can you honestly feel ok with the lies? Yes, other people lie too, but you have claimed to fight for a higher purpose,” Kinzinger asked. “Honestly Kevin, is it worth it?”

McCarthy, who has also faced criticism from hard-line conservatives within his caucus, publicly zigzagged on Trump’s culpability for the Jan. 6 riot by first saying the former president bore some responsibility for the violence – but finally visited Trump at his Mar-a-Lago resort home in Florida and posed for a photograph with him.

McCarthy’s political fate will depend largely on Trump, who remains the most powerful figure in the Republican Party more than a year after he left office.

The Post cited two unnamed sources as saying that McCarthy and Trump spoke on Thursday night and that the former president was glad the Republican leader did not follow through with his plan to ask him to resign, seeing it as a sign of his continued grip on the Republican Party.