With less than four months to go before the general election, the Moore County Board of Elections was busy making preparations at its most recent meeting Thursday.

While a discussion of early voting yielded no definitive scheduling or location changes, the board did make some adjustments to day-of polling places at the meeting. Namely, they voted to change the Cameron precinct from the Cameron Elementary School gymnasium to Cameron Methodist Church, about a mile down the road.

The change, though not yet final, comes after logistical problems have been reported at the polling site in recent elections, Board of Elections Director Towanna Dixon said. The most substantial issues have been with parking and traffic because the school drop-off llane is also utilized by voters.

Election Services Manager Anne Marie Brown said that there is also “very little” parking for voters at the current polling. Voters share a parking lot with poll workers and school staff. Another issue is that poll workers often have to cope with a lack of air-conditioning and heating in the gym, which can be uncomfortable during 15 hour shifts. She said the church offers solutions to these issues and is accessible.

“We both feel it would be a much more suitable location for both the voters and the poll workers,” Brown said, speaking for herself and Dixon. The board agreed and voted to make the change.

The Board of Elections office has also gotten approval from the Board of Commissioners to hire a new staff position for training and recruiting poll workers, Dixon said, which will help streamline communication throughout the election cycle.

One more change that voters can expect, at least in some precincts, is new signs to mark the polling places. Dixon said there had been some issues with people not seeing the signs during the primary, so the update aims to address this confusion.

The new signs are 10 feet long. For now, they will be going to precincts with past visibility difficulties, such as Seven Lakes and West End, but Dixon said the goal is to eventually put them in every polling site.

“In West End, if you put in the (precinct’s) GPS coordinates it takes you to a dead-end street,” Dixon said. “So we don’t want people wasting time trying to find a location. We need to put the signs out there and get them to where they need to be.” 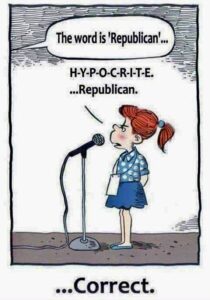 There is irony in the U.S. Supreme Court ruling released Thursday that upheld the right of Republican legislative leaders to intervene in a lawsuit challenging North Carolina’s voter ID law.

The court ruled 8-1 that the legislators have a right to be part of the state’s defense when they think that state Attorney General Josh Stein, a Democrat and likely gubernatorial candidate in 2024, is not providing a strong defense of the voter ID law his party opposes.

That’s fair enough. Indeed, Stein himself had no objection to lawyers for House Speaker Tim Moore and Senate leader Phil Berger joining him in the defense. It was a federal court that saw no need for more players in the case.

The Supreme Court overruled the lower court, noting that civil procedure favors the right of parties to intervene when they feel their views are not being adequately represented. The irony is that Republicans benefited from a preference to listen to all sides in a case in which, the NAACP argues, Republicans are seeking to reduce the ability of Black voters to be heard.

In 2016, a federal appeals court panel called an earlier version of the state’s voter ID law an attempt to reduce Black votes “with almost surgical precision.” Now Republican lawmakers have made their voter suppression law less obvious and they want the courts to deny another challenge to it.

A federal district court found that Stein’s office, representing the State Board of Elections in the case, has provided an effective defense of the voter-ID law. For instance, the state’s lawyers successfully opposed the district court’s order that temporarily suspended the law. The court was sympathetic to Republicans’ concerns an adequate defense, but its decision primarily rested on the lawmakers’ right to defend their laws.

That didn’t stop Berger from portraying Stein on Thursday as an attorney general shirking his duty to defend the state. Berger said in a statement: “Gov. Cooper and Attorney General Stein’s opposition to voter ID has resulted in them intentionally sandbagging the defense of a law the majority of North Carolinians support. Today the U.S. Supreme Court affirmed that.”

Laura Brewer, spokeswoman for the attorney general said, “Our office has never opposed the legislature’s involvement in this case, and we welcome their participation now, notwithstanding their baseless, partisan sniping.”

In her dissent, Justice Sonia Sotomayor defended the lower court’s judgment that the voter-ID law has been adequately defended. In finding otherwise, she said, the Supreme Court’s majority made a glib assumption about a case from which the justices are far removed from the circumstances.

The Supreme Court ruling adds to North Carolina Republicans’ weakening of the checks and balances that depend on a separation of the state government’s legislative, judicial and executive branches. The Republican-led General Assembly has stripped the governor of some appointment powers and added partisan labels to judicial elections.

Now Berger is ready to have a role in the defense. He said, “I’m thankful for today’s ruling and look forward to fighting to implement our state’s voter ID law.”

The Senate leader may not always be grateful for this green light to get more deeply involved in legal challenges to state laws. In such cases, Berger and Moore are often named as nominal figures connected to the case only through their titles. But as they assert their rights to dictate legal strategy and decide on settlements, they are becoming real actors in the case.

That could complicate cases in which lawsuits naming Berger come before the state Supreme Court where the senator’s son, Justice Phil Berger Jr., sits. Justice Berger has refused to remove himself in one such case, presumably because his father is named only in his capacity as president pro tempore of the Senate.

Justice Berger’s refusal to recuse, already suspect, will become a blatant affront to judicial standards now that his father has decided to become part of the defense team when state laws are challenged.

The entrance to Cardinal Park during its second annual Juneteenth celebration

Ida Murray of Aberdeen, Margaret McKayhan and Jocelyn Jones of Southern Pines stopped by after church to celebrate.

With funk hits rolling over the grounds, visitors relaxing in the shade of the tall pine trees and children splashing in the lake, and food trucks serving barbecue chicken and pizza, festivity was in the air Sunday afternoon at Cardinal Park.

For many of the people from around Moore County who attended the Pinebluff park’s second annual Juneteenth event, the celebration was twofold.

Not only did they commemorate the day in 1865 when Union troops reached Galveston, Texas and enforced the emancipation of 250,000 enslaved African-Americans. That day came more than two months after the end of the Civil War, and two-and-a-half years after the Emancipation Proclamation signed by President Abraham Lincoln took effect.

A century and a half later, those of all races observing Juneteenth did so as they also embraced more recent recognition of that milestone for Black freedom as a watershed moment in American history.

“This is like a second Independence Day,” said Quatiesha Solomon.

Last year, President Joe Biden signed into law national observance of Juneteenth as a federal holiday. The holiday recognizes a historical event, but it’s also symbolic of Black Americans’ struggle toward emancipation, civil rights and equality under the law.

“We had Black History Month and Martin Luther King Day, but not really something to celebrate freedom, to celebrate us as a people,” Juanita Solomon said.

As visitors trickled into Cardinal Park on Saturday afternoon, pitching shade tents under the tall pines around the lake, Christopher Capel was reminded of his childhood. Capel’s grandfather Felton Capel established the park in 1962 for underprivileged children — but it soon became a gathering place for the entire Black community, who had few options for recreation in a segregated county. His father, Mitch Capel, now manages the park after reopening it in 2019.

In his role as a vice president with a nonprofit dropout prevention program in Charlotte, Christopher Capel has observed how awareness of Juneteenth has entered the wider corporate and popular culture.

“I knew what Juneteenth was, many of my colleagues did not. That’s of any race. I grew up in an environment where this was a part of my life,” he said. “I knew about it because of my father, he’s a history buff, and because of my grandfather. But it wasn’t taught in my schools, any of them.”

Lincoln and the Emancipation Proclamation are key components of U.S. history curricula. But the millions of enslaved people who waited years for the promise of freedom to be fulfilled, the history of Juneteenth, usually isn’t included. Chattel slavery in the United States did not formally end until Dec. 6, 1865 with ratification of the Thirteenth Amerndment.

“Particularly in my organization there’s some education around what Juneteenth is, and the purpose of it, that it’s not just another day off,” said Capel.

Margaret McKayhan of Southern Pines has noticed the proliferation of Juneteenth celebrations in the last few years along with wider observation of the holiday. She hopes it will enhance the sense of shared history among Black Americans.

“In unity there is strength,” she said. “Hopefully something like Juneteenth will make us stronger so that whatever else is going on out there we can face it together.”